Back on April 17, 2019, an article of a bright, ambitious twenty-two-year-old journalism Fordham University student, Sidney Paige Monfries caught the attention of our team. She fell forty feet from the Keating Hall Clock bell tower on the campus property while “trying to get a better view of the skyline” for an Instagram selfie with other graduating students. The police stated that she may have been participating in a “Rite of Passage” event.  Paramedics at the scene revived her from flatlining and hours later airlifted her to St. Barnabas Hospital suffering from head and neck injuries.  In addition to the back of the head being smashed in and, her severe pelvic injuries that were devastatingly added to the severity.Unfortunately, due to the narrow passageway, extracting her was delayed and she succumbed to her head, neck and pelvic injuries passing away hours later.Since 2011 there have been over 300+ deaths by social media cases of taking daring selfies and risking way too much for “Likes” and “Social Influencer” status among peers.  YouTube, Instagram, and Snapchat are the most popular online platforms among teens. Fully 95% of teens have access to a smartphone, and 45% say they are online ‘almost constantly.’ (Pew Research Center).

Other studies found that Facebook, Twitter, Snapchat and Instagram all led to increased feelings of depression, anxiety, poor body image, and loneliness. Is your self-worth reflecting your Best Vision of You? If not, something is DEFINITELY WRONG here and only getting worse.  So, what must be done before another teen becomes a statistic in the coming years?

For us, at Tateworks, LLC there was no greater question than “What can we do to change this paradigm and save lives?”   There are too many instances like Sidney Paige Monfries and so many others who found out too late. before more succumb to this social media addiction.  Not only interrupting healthy living, choices, and actions but if we don’t start now – When? The answer is our University of Life SuperstarsTM (UOLSS™) series of workshops on the Top Ten (10) Social Struggles Facing Teens Today.

How can we help parents, teens, schools, and support systems create guard rails to correct teens thoughts, behaviors and activities so that “Dying to Fit In” and other social issues teens and parents struggle with will be less intrusive, destructive or habit-forming?  The time to break social media, technology reliance and taking back our control – Is Now! 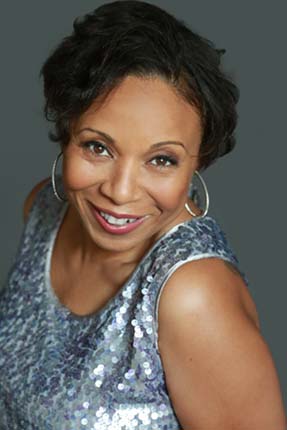 Sandra B. Tate hails from Camberwell, London, England but spent much of her childhood in sunny Montego Bay, Jamaica. She attended City and East London College in Great Britain and moved to New York City in 1984. Here she studied communications and psychology in the heart of Manhattan, at Hunter College. While attending Hunter, Ms. Tate became a SEEK peer mentor and a member of the SEEK Provost Committee. It was here that her love for mentoring and sharing open dialogue to solve important, personal issues solidified, leading her to become, as she describes it, a "Helper of Womankind".

Sandra launched herself with much gusto into the world of work. Shortly after graduating in 1990, she began working as a special assistant to New York State Senator David Paterson. She later held executive assistant positions with the New York Public Library, Toshiba America, Inc. and Ann Taylor. Following this, Ms. Tate graduated to a role as an information technology consultant for both McKinsey & Co. and Arthur Andersen. She also served as a technical project leader in the information technology solutions group at Deloitte & Touché, where she performed advanced-level research, planning and testing of new technology and related services.

Take a Look at Our Sponsors & Associates

You were born original; don't you dare die a copy. - Prince EA